I had the chance to meet, talk to and thank Google's Rebecca Shapley last month at #nicar12 in St. Louis. Rebecca is the product manager for Fusion Tables, a tool, platform and playground that I've used quite extensively over the last year to make maps, store information, and most of all experiment with.

Rebecca mentioned that Fusion Tables was due to get some new features in the coming months and my curiosity was piqued. Well, the new features are here ... along with a streamlined user interface ... and a smoother user experience.

All in all, some of the new features in it's Experimental UI mark a graduation of sorts for Fusion Tables. 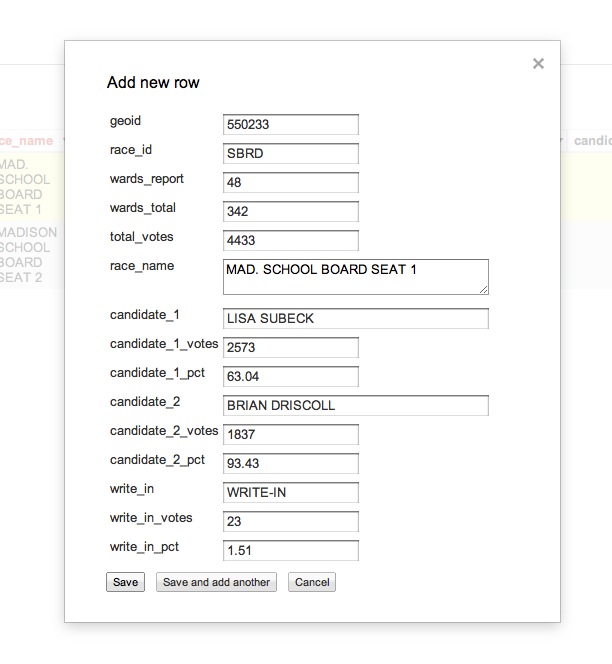 According to the announcement, there are some features from the Classic UI that are not yet available in the Experimental UI. They are:

In addition, I thought given the popularity of the Fusion Tables Layer Wizard we might have seen some aspect of that tool earn its way into the UI. But it is only a click away to use. And that would go for the Fusion Tables Chart Wizard or the Styled Maps Wizard as well.

And syncing between Google Spreadsheets and Fusion Tables is a popular request, however there is a script for that.

I’ve surely missed a bunch, so if anything sticks out, let me know in the comments and I’ll add as soon as I can.