What I learned back at BuildMadison and in making CitySolver...

Back in September I had the chance to participate in an event called Build Madison, a weekend event that brought tinkerers, hackers and idea people together to build things.

At the event, myself and Paul Klemstine and another took up the challenge of building on a pitch to come up with a way to submit quality of life issues -- graffiti, potholes, sidewalks in need of repair -- to the city of Madison from a mobile device. Pictures were a must, as was the ability to add a user's location.

The Build Madison pitch also positioned this project as something that would tie in with the city's existing "Report a Problem" infrastructure.

Paul and I developed had a good time hacking together a project we called City Solver… It could aspire to be more -- a foundation for an open-source See, Click, Fix or a tool for smaller municipalities -- or less and left to lessons learned, of which there were many that apply to many things I find myself involved in on a daily basis.

All that said, what follows are the bullet points from the BuildMadison presentation. 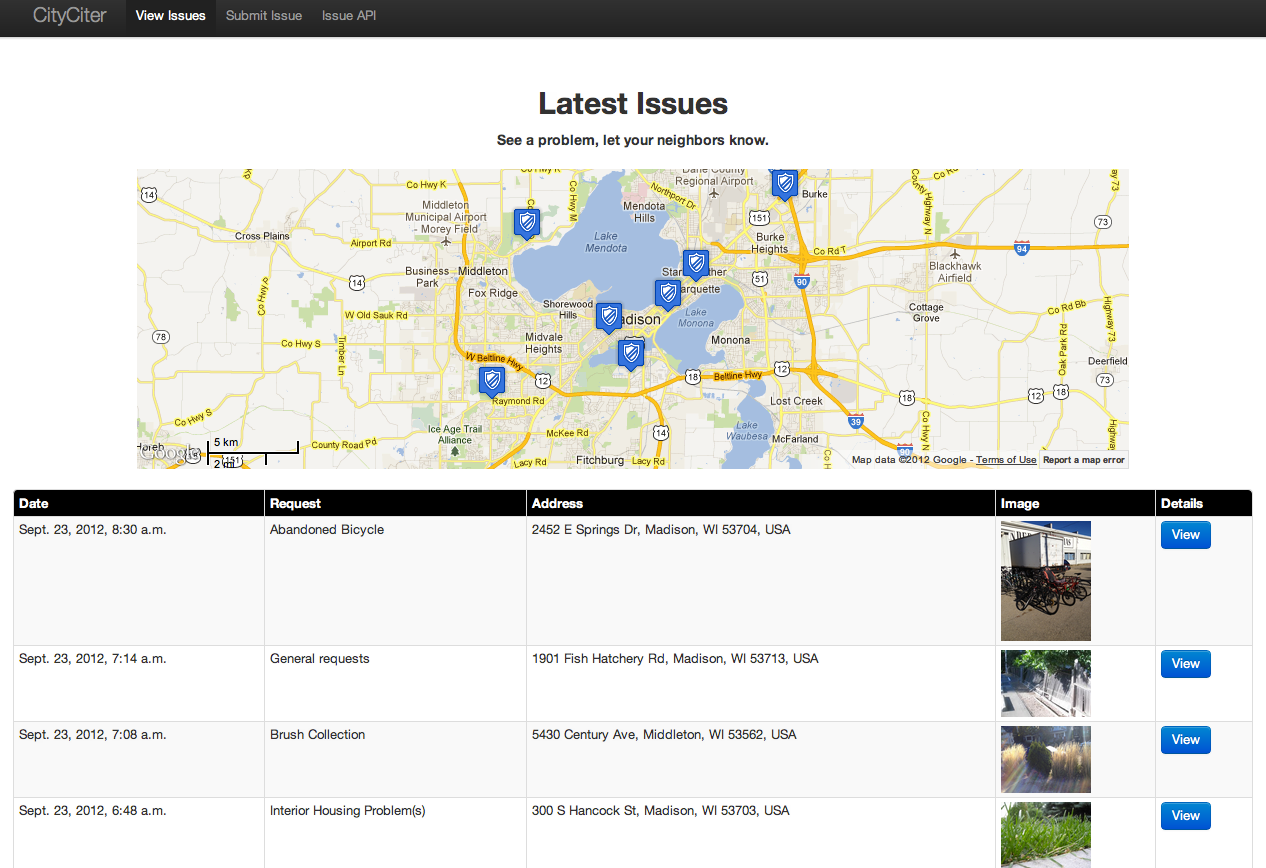 City Solver is a multi-device platform that allows everyday citizens to submit information about quality of life issues and problems they feel a municipality could or should address.

Whether using a web app, a native Android app, or their laptop, desktop computer or tablet, city residents could send images and descriptions of these issues and opportunities.

A rating system is Phase One of furthering the platform to allow neighborhood residents to band together to solve issues or to clean up the neighborhood. 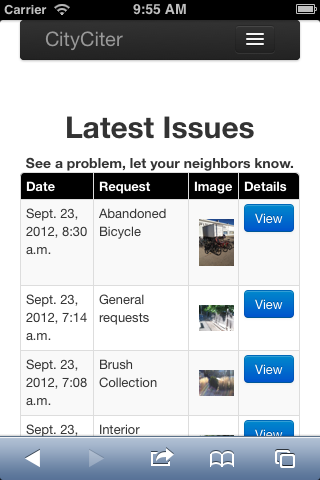