UPDATED: Looks like if you open a Fusion Table from the Google Docs interface you get a docs ID for the table sted of the FT ID, meaning you would have to go to File --> About to get the ID. Still, the docs interface is way handy for organizing and renaming, so I think I'll keep with it for a bit.

SECOND UPDATE: If -- in the Google Docs interface -- you trash a table, it doesn't appear to trash it in the Fusion Tables interface.

If you have jumped head-first into Fusion Tables for mapping and housing data sets, then we're probably in a similar boat -- some kind of naming convention to show what is finshed, what is in progress and what is trash.

And while there are several requests submitted to the FT working group asking for ways to organize or tag tables, we might be the recipients of a solid because Fusion Tables have begun to appear in Google Docs, which means they can be organized into collections... 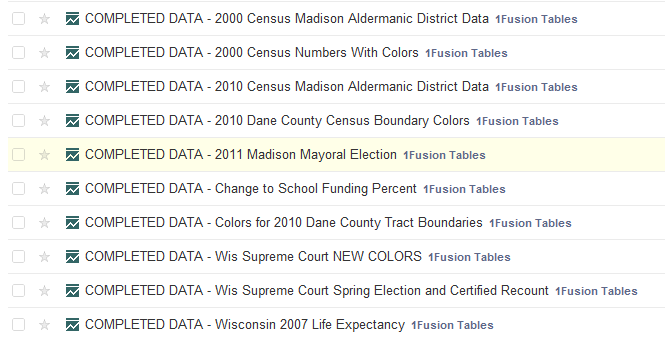 So I can separate my shapes from my completed merged tables that make the maps, etc.

And renaming of Fusion Table files have gone from File --> About --> Edit Table Information to right-click+rename. 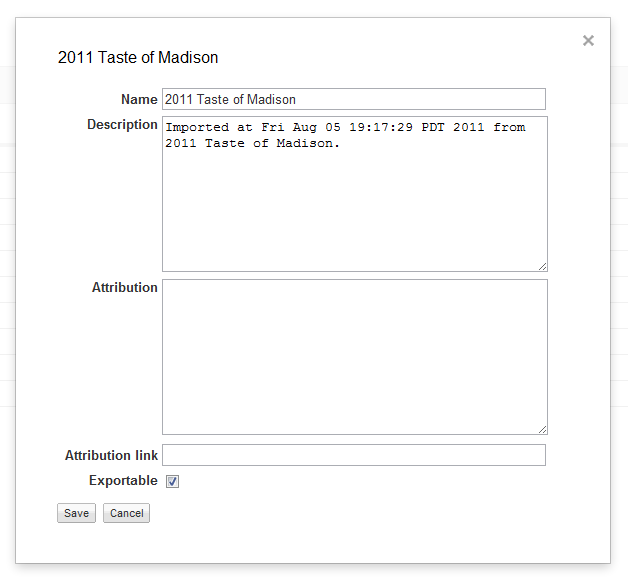 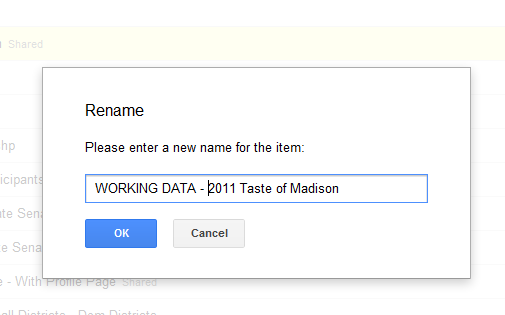 Word of warning... if you have a lot of Fusion Tables in the trash, they will also appear in your Google Docs list... Me, I emptied my trash, which probably broke a map somewhere...