Some people's boring is another man's system...

There were plenty of plot-lines coming out of Wisconsin's thrilling 70-65 win over Kansas State that earned the Badgers a berth in the Sweet 16 opposite Butler, but the first question in the postgame press conference went in an odd direction.

A reporter wanted to know what the Badgers thought when folks say they play "boring" basketball. 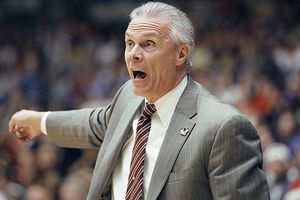 No, we're not making that up.

"If people think we're boring, there are a lot of channels on TV they can watch," replied point guard Jordan Taylor from under a slightly arched eyebrow.

It's ok Mr. Sportswriter who asked the question. Golf season is almost here.