So you want a timely sync between your Google Spreadsheet and Fusion Table...

…Here is a quick walkthrough of it. This is an experiment with tools in front of me, but I can’t say how this might scale or work, and I’d be sure to backup data…

And I have only tried this with a set number of rows and columns to update. I have not tried this method with a Spreadsheet that is changing in size. 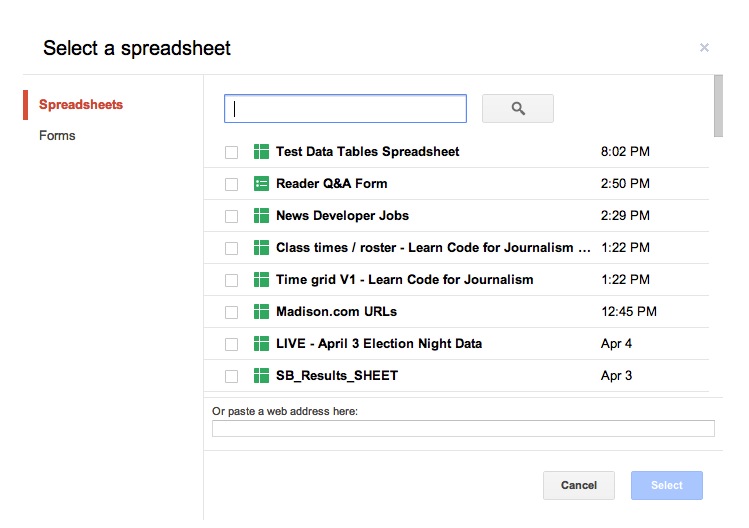 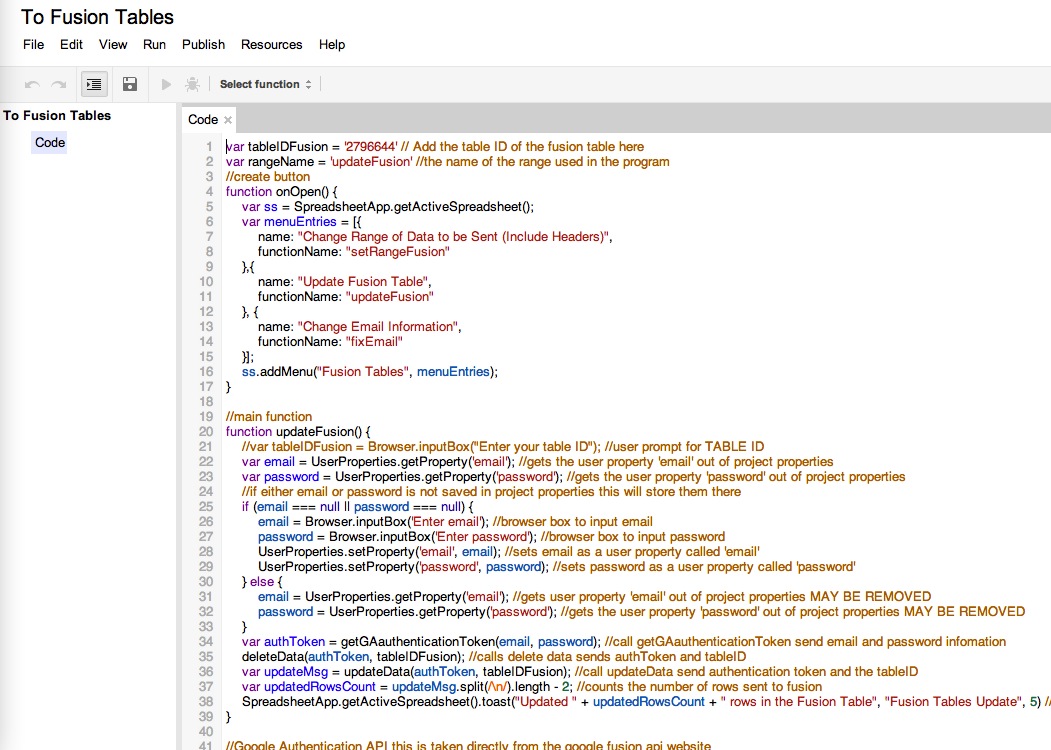 You can also get email notification if a sync fails.

Again, I don’t know how well this will work or how long, only that it is possible to get this far and make some magic…

UPDATE: I received a question on the process, so here are the steps I take to manually update the Fusion Table. As noted in the comments, the time-driven update will eventually time out after 500 or so queries.

The test ss I used is here: https://docs.google.com/spreadsheet/ccc?key=0An8W63YKWOsxdGlLQkR5SzR6dWt0NFFN...