A couple months ago, Adam Mertz from the Wisconsin State Journal sports department approached myself and Nick Heynen about a spreadsheet of UW Badger football scores he had. Turns out Adam had more than a century of football data in his hands -- every game going back to 1899 -- with dates, opponents, final scores, poll ranking and coaches.

He was inspired by a similar project that the Columbus Dispatch did with Ohio State Buckeyes football scores. Inspired by the Buckeyes? I guess it's possible.

The Dispatch used Caspio, which is what we have access to here, so we went with it.

For a simple project like this Caspio works just fine. I think of it as a tool. If I'm digging some holes in the garden to plant flowers a garden spade works fine. If I'm carving a hole in the side of a mountain for a road, well... Likewise, I wouldn't use dynamite in the garden.

I don't intend for this to be a Caspio walkthrough. Perhaps I can attack that at another time and break this project into its various aspects: admin, public facing, parameters, etc. For it's part, Caspio has pretty good documentation and video walkthroughs which I followed to build the Badgers All-Time Football Scores and the Wisconsin Golf Course Directory.

Anyway, Nick took the spreadsheet first and normalized and formatted the data -- still not sure what that entails, but I think it's worth a post from Nick -- and then I uploaded into Caspio.

First things first, I knew Adam and the sports department would want to update the data periodically so I built a couple simple interfaces that were password protected. The first was to update existing data. The second was to submit new data. 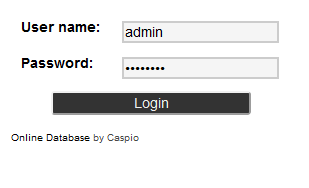 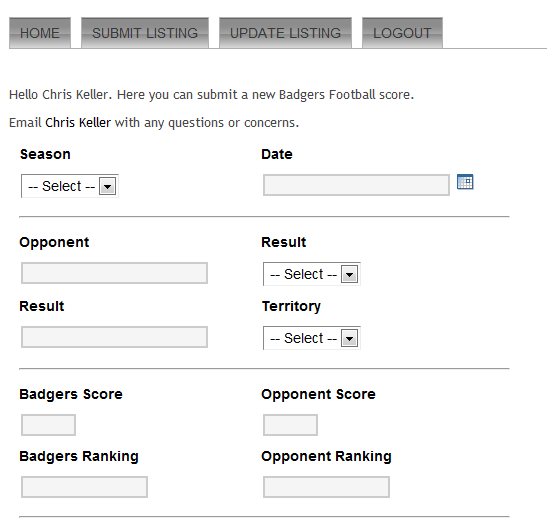 In Caspio, the difference between displaying data on a details page and allowing a user to update it is only a matter of changing the parameter from display only to a different form element -- text field, text area, checkbox, etc.

So all I had to do to create the public facing data page was clone it and then change the form elements to display only. 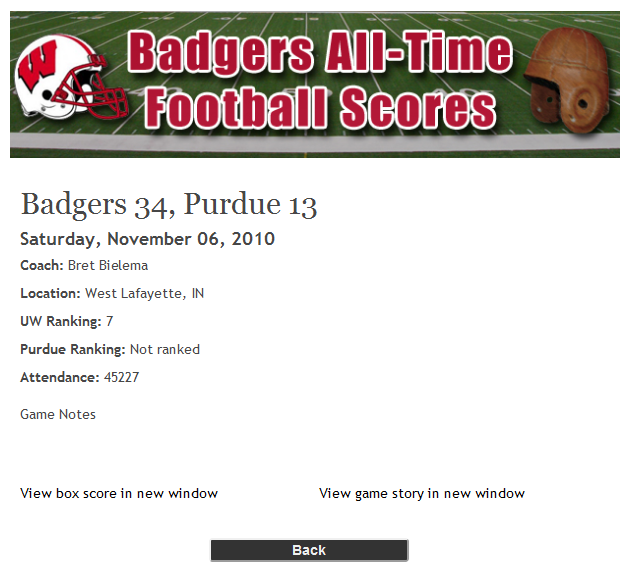 A couple finer-points to Caspio that I have learned over the past few months...

All in all I think we're all pretty pleased with the outcome for what it is, and there are certainly opportunities to add value to it. I think Adam and I are particularly interested involving fans and gathering their memories and photos from games in some way.

One quick win: there's a mobile version too. 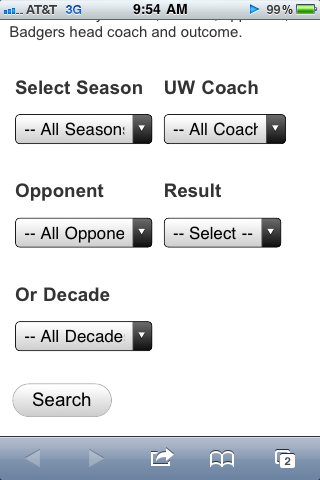